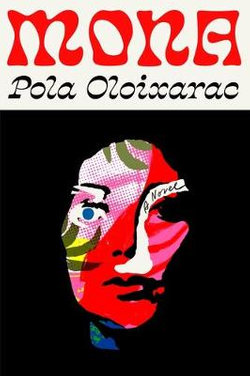 From the critically acclaimed author ofSavage TheoriesandDark Constellations comes Pola Oloixarac'sMona, where success as a "writer of color" proves to be a fresh hell for a young Latin American woman abroad.

Mona, a Peruvian writer based in California, presents a tough and sardonic exterior. She likes drugs and cigarettes, and when she learns that she's something of an anthropological curiosity herself--a "woman writer of color" treasured in her university for the flourish of rarefied diversity she brings--she pokes fun at American academic culture and its fixation on identity.

When she is unexpectedly nominated for "the most important literary award in Europe," Mona sees a chance to escape her spiral of sunlit substance abuse and erotic distractions, and so she trades the temptations of California for small, gray village in Sweden close to the Artic. Now she's stuck in the company of all her jetlagged--and mostly male--competitors, arriving from Japan, France, Armenia, Iran, Colombia. Isolated as they are, the writers do what writers do: exchange compliments, nurse envy and private resentments, stab rivals in the back, and hop in bed together--and all the while, Mona keeps stumbling across the mysterious traces of a violence she cannot explain.

As her adventures in Scandinavia unfold, Mona finds that she has not so much escaped her demons as locked herself up with them in the middle of nowhere. InMona, Pola Oloixarac paints a hypnotic, scabrous and finally jaw-dropping portrait of a woman facing a hipster elite in which she both does and does not belong. A survivor of both patronization and bizarre sexual encounters, Mona is a new kind of feminist. But her past won't stay past, and strange forces are working to deliver her to the test of a lifetime.

Pola Oloixarac is a fiction writer and essayist. Her novels, Savage Theories and Dark Constellations, have been translated into eight languages. She wrote the libretto for the opera Hercules in Mato Grosso, which was staged in Buenos Aires's Teatro Colon and New York City, and her fiction has appeared in Granta, n+1, and The White Review, among others. Her pieces on politics and culture have appeared in The New York Times and on the BBC. She currently writes a weekly column in Perfil. She splits her time between Miami and Buenos Aires.

Be the first to review Mona.