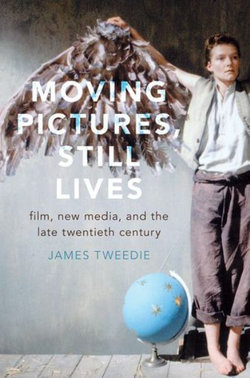 Moving Pictures, Still Lives revisits the cinematic and intellectual atmosphere of the late twentieth century. Against the backdrop of the historical fever of the 1980s and 1990s-the rise of the heritage industry, a global museum-building boom, and a cinematic fascination with costume dramas and literary adaptations-it explores the work of artists and philosophers who complicated the usual association between tradition and the past or modernity and the future. Author James Tweedie retraces the "archaeomodern turn" in films and theory that framed the past as a repository of abandoned but potentially transformative experiments. He examines late twentieth-century filmmakers who were inspired by old media, especially painting, and often viewed those art forms as portals to the modern past. In detailed discussions of Alain Cavalier, Terence Davies, Jean-Luc Godard, Peter Greenaway, Derek Jarman, Agn s Varda, and other key directors, the book concentrates on films that fill the screen with a succession of tableaux vivants, still lifes, illuminated manuscripts, and landscapes. It also considers three key figures-Walter Benjamin, Gilles Deleuze, and Serge Daney-who grappled with the late twentieth century's characteristic concerns, including history, memory, and belatedness. It reframes their theoretical work on film as a mourning play for past revolutions and a means of reviving the possibilities of the modern age (and its paradigmatic medium, cinema) during periods of political and cultural retrenchment. Looking at cinema and the century in the rear-view mirror, the book highlights the unrealized potential visible in the history of film, as well as the cinematic phantoms that remain in the digital age.

Be the first to review Moving Pictures.