by George Gissing and Katherine Mullin

Be the first to write a review
Tweet
23%
OFF RRP  $29.99 $23.35
'Because one book had a sort of success he imagined his struggles were over.' Scholarly, anxious Edwin Reardon had achieved a precarious career as the writer of serious fiction. On the strength of critical acclaim for his fourth novel, he has married the refined Amy Yule. But the brilliant future Amy expected has evaded her husband. The catastrophe of the Reardons' failing marriage is set among the rising and falling fortunes of novelists, journalists, and scholars who labour 'in the valley of the shadow of books'. George Gissing's New Grub Street was written at breakneck speed in the autumn of 1890 and is considered his best novel. Intensely autobiographical, it reflects the literary and cultural crisis in Britain at the end of the nineteenth century. ABOUT THE SERIES: For over 100 years Oxford World's Classics has made available the widest range of literature from around the globe. Each affordable volume reflects Oxford's commitment to scholarship, providing the most accurate text plus a wealth of other valuable features, including expert introductions by leading authorities, helpful notes to clarify the text, up-to-date bibliographies for further study, and much more.

Be the first to review New Grub Street. 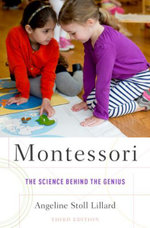 by George Gissing and Katherine Mullin