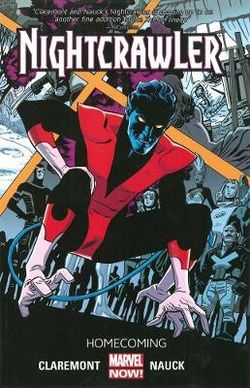 Be the first to write a review
Tweet
21%
OFF RRP  $29.99 $23.80
Newly-returned from the afterlife, veteran X-Man Kurt Wagner finds himself in a world that's a far cry from the one he left: Professor Xavier is dead, Cyclops is on the run, and the X-Men are divided.

But determined not to let his new lease on life go to waste, Nightcrawler hits the road alongside Wolverine, eager to right some wrongs and safeguard the future mutantkind...and he's going to do it by the means he loves most: swashbuckling, lady-charming and-of course-BAMFing!

Chris Claremont is one of the bestselling comic writers in the world. He wrote The Uncanny X-Men for seventeen years as well as the novelization of the movie X-Men 2. He has been the co-creator of several top-selling series for Marvel Comics, including Excalibur, Wolverine, New Mutants, and, in the United Kingdom, Captain Britain.

He wrote the Star Trek twenty-fifth-anniversary graphic novel Debt of Honor and a Next Generation sequel, Cry, Vengeance, for DC Comics, as well as Alien/Predator: The Deadliest of Species for Dark Horse. His debut novel was Firstflight, the story of a young female astronaut in the twenty-first century, to which he wrote two sequels, Grounded and Sundowner.

He collaborated with George Lucas on three novels in The Chronicles of the Shadow War, and has delved into fantasy with the publication of Dragon Moon, a dark fantasy novel co-authored with his wife, Beth Fleisher. The couple lives in Brooklyn with their two children. As the inspiration for the book Unintentional Humor T Brent Anderson is helping to teach the world about autism.

Sharing stories of his literal mind and the difficulties it often caused, make Brent an invaluable resource. He worked closely with the illustrators to ensure their cartoons accurately represent how he "saw" the expressions. Brent is providing stories for the second Unintentional Humor T book.

Be the first to review Nightcrawler Volume 1: Homecoming. 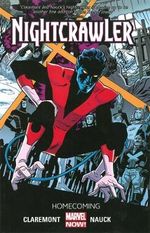