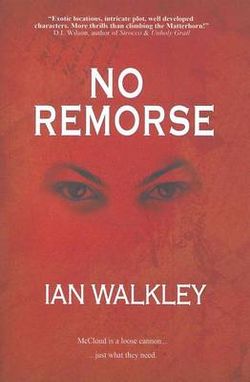 Having suffered the horror of witnessing his sister kidnapped when he was fourteen, the abduction of his goddaughter Sophia in Mexico is an opportunity for Delta Force operator McCloud to deliver some badly needed justice.

Things don't go as planned, and McCloud finds himself teamed with Tally, a computer hacker in a secret organisation that raids the bank accounts of wealthy terrorists, and Scotty, a British SAS soldier.

Determined to save Sophia at all costs, McCloud finds himself on a collision course with an exiled Saudi, Sheik Khalid, whose ambitions feature a key role for Sophia. mcCloud and Tally find themselves trapped in a conspiracy, hunted by enemies on both sides, and conflicted by their feelings for each other.

But time is running out. With their haunted pasts catching up, McCloud and Tally need to stop a horrific plot involving Sophia that will have profound consequences for an already unstable world.

Be the first to review No Remorse.