Sea Swept
A champion boat racer, Cameron Quinn traveled the world. But when his dying father calls him home to care for Seth, a troubled young boy not unlike Cameron once was, his life changes overnight.... In the end, a social worker, as tough as she is beautiful, will decide Seth's fate.

Rising Tides
Ethan Quinn is determined to make the family boatbuilding business a success. But amidst his achievements lie the most important challenges of his life. There is young Seth, who needs him more than ever. And a woman he has always loved but never believed he could have.

Inner Harbor
Phillip Quinn has the scars from his own rough and tumble childhood on the streets of Boston. Now a high-powered advertising executive, he figures he's found his perfect match in educated, cultured Sybill. And when he discovers she has a family connection to young Seth, they join forces to secure the boy's future.

Chesapeake Blue
Now a grown man returning from Europe as a successful painter, Seth Quinn is settling down on Maryland's Eastern Shore. Still, a lot has changed in St. Christopher--and the most intriguing change of all is the presence of Dru Whitcomb Banks. But a secret Seth's kept hidden for years threatens to explode, destroying his new life and his new love.... 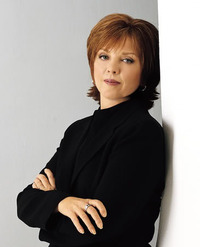 Nora Roberts was born in Silver Spring, Maryland, the youngest of five children. After a school career that included some time in Catholic school and the disciplines of nuns, she married young and settled in Keedysville, Maryland.

She worked briefly as a legal secretary. "I could type fast but couldn’t spell, I was the worst legal secretary ever," she says now. After her sons were born she stayed home and tried every craft that came along. A blizzard in February 1979 forced her hand to try another creative outlet. She was snowed in with a three and six year old with no kindergarten respite in sight and a dwindling supply of chocolate.

Born into a family of readers, Nora had never known a time that she wasn’t reading or making up stories. During the now-famous blizzard, she pulled out a pencil and notebook and began to write down one of those stories. It was there that a career was born. Several manuscripts and rejections later, her first book, Irish Thoroughbred, was published by Silhouette in 1981.

Nora met her second husband, Bruce Wilder, when she hired him to build bookshelves. They were married in July 1985. Since that time, they’ve expanded their home, traveled the world and opened a bookstore together.

Through the years, Nora has always been surrounded by men. Not only was she the youngest in her family, but she was also the only girl. She has raised two sons. Having spent her life surrounded by men, Ms. Roberts has a fairly good view of the workings of the male mind, which is a constant delight to her readers. It was, she’s been quoted as saying, a choice between figuring men out or running away screaming.

Nora is a member of several writers groups and has won countless awards from her colleagues and the publishing industry. Recently The New Yorker called her "America’s favorite novelist."