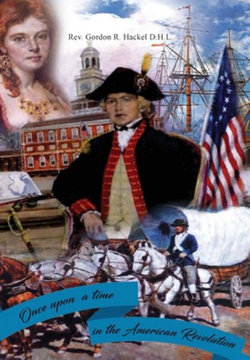 Once Upon a Time in the American Revolution

During the American Revolution, General Washington was struggling with maintaining a good spy who could infiltrate the British Army unknowingly.One of General Washington's first attempts was Captain Nathan Hale who was short lived as a spy. He was quickly captured as a spy and hung without a trial.

General Washington had to come up with a new plan. He could not deliberately turn himself into the British Army as a deserter without being suspected as a spy. He had to be captured while fighting for the American cause.

Captain John Kemper was the perfect man for his master spy. He had an incredible military heritage. His Grandfather, Oberest Colonel Johann Kemper fought many battles for Frederick William the Great Elector, and his son, Frederick I, King in Prussia. Also, Leopold I, Emperor of the Holy Roman Empire.

Colonel Johann Kemper had been wounded fourteen times in battle. He was awarded a pension, Governorship and Starleck Castle in Bacharach, Germany, by Emperor Leopold I.

Be the first to review Once Upon a Time in the American Revolution.

Once Upon a Time in the American Revolution