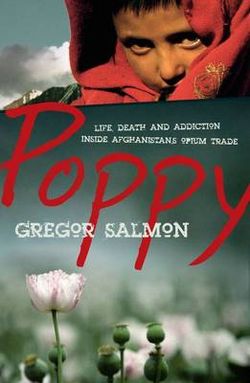 "The farmer s survival. The Taliban s fight. The warlord s power. Democracy s ruin. Afghanistan has become the world's largest producer of opium and its offshoot, heroin - all under the noses of Western civil and military stakeholders. At the nexus of the War on Terror and the War on Drugs, truth is as elusive and fragile as the new democracy itself, now on the brink of being consumed by an expanding mire of chaos. Stranger in a strange land, Gregor Salmon entered the war-torn country alone and spent eight months investigating Afghanistan's dependence on poppy. Who depends on poppy profits? And who pays the ultimate cost? Along the way he encountered Afghans whose lives were intimately tied to the trade- farmers, harvesters, eradicators, smugglers, police, doctors, addicts, warlords, gun-runners, politicians - even a pop-song loving Taliban commander. The result is a tense, fascinating and deeply moving journey along the narcotics trail, and a story about keeping your sanity in a senseless world. "

Be the first to review Poppy.