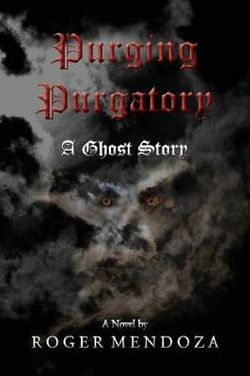 Catherine and her eight-year-old son, Tommy live in a modest apartment in Austin, Texas. She'd moved there several years before to lessen the rigid conservative influence that her mother, Dorothy exerted over Tommy. Her mother, a devout Catholic who lives in San Antonio, Texas (Catherine's birthplace) holds rigid, inflexible, and judgmental views. She believes that she should be ever vigilant against evil, condemning anyone that might disagree with her beliefs. Catherine, an agnostic admits that she too is unwavering regarding her beliefs, but would never attempt to impose her beliefs on others, not even her son. Tommy views life unencumbered by their beliefs. He sees the living, the dead, and other supernatural creatures easily. His unusually bright persona draws little interest from the darker elements of the supernatural world.

What is unique about this family is that Dorothy prays for the souls in Purgatory, Tommy regularly talks with a ghost named Thomas, and Catherine uses artificial means to keep from seeing ghosts. Unlike most Texas families, seeing ghosts is the norm for them.

In his book, the author explores the life of a family who views the ghostly world from three different perspectives: The grandmother who sees only the ghosts in Purgatory (those who suffer endlessly while they burn off the impurities of a tainted life); Catherine's son that believes in superheroes, views life without condemnation, and sees all sorts of supernatural creatures; and Catherine herself who hides behind medication and alcohol to keep from seeing ghosts. As is so often the case in life, Catherine may learn that artificially holding back one's natural abilities can never be permanent, especially when darkness "notices" her vulnerabilities.

As might be expected, the personification of evil forces this family to deal with the horrors of their past. Dorothy, at one time a hugely popular Medium hides behind a delusion of forgiveness and prayers. Catherine, with powerful healing abilities hides behind drugs and a little red pill to give her a semblance of a "normal" life that continues to be full of contradiction and despair. And 8-year-old Tommy must learn to navigate between the thorny beliefs of his grandmother and the unsupportive beliefs of his mother as the darkness draws near.

Do ghosts exist? Absolutely. Does Purgatory exist? To some it does. Does evil exist? The answer to that question and more can be found in the pages of Purging Purgatory. In this fictional story, you will find answers to the supernatural influences from a religious perspective, an agnostic perspective, and from an innocent 8-year-olds perspective. Here are some more questions that this book will answer: How easy is it to be possessed by an 'evil' being? Is it possible for an 'evil' being to possess a ghost? How 'powerful' is a person who is possessed? Is it possible for someone to infuse someone with positive, loving energy? Is it possible for a person to possess healing abilities?

Note: A reviewer has suggested that the author should have explained how Tommy could tell when someone would die. Even though the book was re-edited for the third printing, the author refused to disclose how Tommy could tell. Instead, he modified the text to say that he didn't know how. However, the author is considering whether he will reveal that in the sequel to this book: "Purging Darkness."

Be the first to review Purging Purgatory.