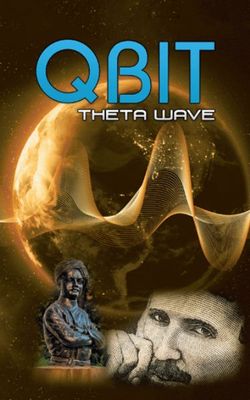 In 1938, the United States of America was fooled by a radio broadcast called The War of the Worlds. Two men are going to do it again. They are going to fool the world with a movie called America. Johnathan Flakes was an average documentary producer. He lost his wife in the Bali Bomb Blast in 2002. He lost his sense of purpose. He travelled to India looking for it. A Rickshaw Driver helps him. Johnathan Flakes called the Rickshaw Driver Michael Lingdon. They sat together and learned lessons from a charismatic swami. They stepped together towards forgiveness. They plotted together to end the madness that is tearing the world apart. The urge in Humans to kill Humans, in the name of God. They made a movie. A movie called America. At the core of America was the second line in the Declaration of Independence. At the core of America was a technology called Qbit. An ultra-secret NSA team called Alpha Flight found something disturbing in the movie America. They found codes embedded in it. Codes made from Theta Wave. The Traveller, a ruthless terrorist, vowed to bring Capitalism to its knee by detonating a nuclear device in the heart of Hollywood. He had a change of heart after watching a movie. A movie called America. The movie America was released in the fall of 2015. It changed the world. The technology behind the movie was called Qbit. Qbit was the brainchild of one Michael Lingdon. In the summer of 2016, the world was looking for a man named Michael Lingdon. The man who changed the world.

Be the first to review Qbit.