Rock Country
by Christian Ryan
Not in stock...
Hardback
$75.00

Oceans apart, low down, far from the world's music-making epicentres is a country - Australia - that throws up music unlike any place else.

This music moves the people who live there in strange and deep-felt ways, gives them something to rage, shout, dream, dance, remember, love and break up to. Rock Country lays all that history, all that emotion, down: in thrilling, seldom seen, backstage and onstage photos, and in essays by Australia's finest authors and musicians. Here is a treasure trove of scoops ...Sex lessons from Bon Scott. Scary encounter with Chrissy Amphlett. On the trail of Keith Richards's Melbourne wife. The whirlwind genius years of Molly Meldrum. Normie Rowe's ten months in London. Cold Chisel in LA. The Triffids in Berlin, Camden, Leederville.

How Nick Cave got me through my Soviet adolescence. Around Australia in eighty days with Sherbet and the Ted Mulry Gang. The happy-sad genius of Barry Gibb. Doc Neeson smashed unconscious by traffic sign. Grant McLennan in the record racks. Francois Tetaz and the making of Gotye. My three days stalking The Police. Nights at the Sebel Town House. Who are the Five Greatest Australian Rock & Pop Stars? Where is Lanny K? Was Michael Hutchence happy?

Be the first to review Rock Country. 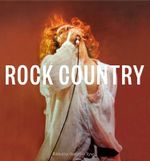 The arts The arts: general issues Australian Books Father's Day Bargains
Hold on while we process your request.