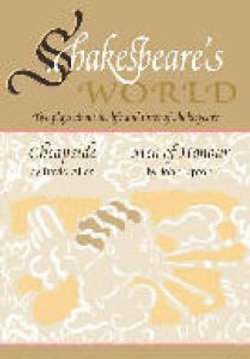 Two Plays About the Life and Times of Shakespeare

by John Upton and David Allen

SHAKESPEARE'S WORLD brings together two plays which include the playwright William Shakespeare as a character. Both Cheapside and Men of Honour provide excellent drama in their own right but for students of Shakespeare each has the additional advantage of providing an insight into Shakespeare the man, the people he lived and worked with and times in which he worked. Cheapside, by David Allen, is the story of Robert Greene, a struggling playwright in Elizabethan London. He has a constant struggle with debt, and with his rival playwrights who include Shakespeare and Marlowe. Cheapside is not only witty and entertaining, it also gives a different and interesting perspective on the lives and struggles of Elizabethan playwrights. In Men of Honour by John Upton, the central character is Will Shakespeare. Men of Honour is the story of Will the man, the son, the father, the husband, the lover and the courtier - as well as the playwright. It also gives an insight into the political intrigues of the time, and the fine balance required to survive.

Be the first to review Shakespeare's World. 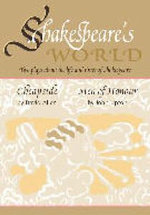 by John Upton and David Allen