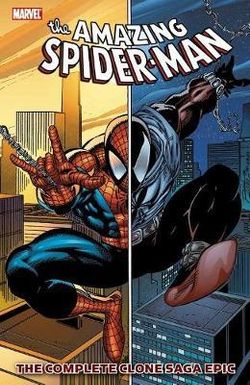 Spider-Man's clone is back - and the real Spidey is beside himself Peter thought his clone was long dead, but where has Ben Reilly been for the last five years? Why has he returned? Is he Peter Parker's dark side...or his better half? And does Miles Warren, the unbalanced Jackal, have anything to do with it? Everyone wants answers, and the cloaked killer Kaine is ready to rip them out of whoever has them Plus: Venom and Vermin Carnage and Chameleon New allies, new enemies and a new crime-fighting identity No other Spider-storyline was as innovative or infamous as the 1990s Clone Saga, and you can follow it right from the start COLLECTING: SPIDER-MAN: THE LOST YEARS 0-3, WEB OF SPIDER-MAN (1985) 117-119, AMAZING SPIDER-MAN (1963) 394, SPIDER-MAN (1990) 51-53, SPECTACULAR SPIDER-MAN (1976) 217, MATERIAL FROM SPIDER-MAN UNLIMITED (1993) 7 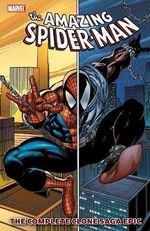