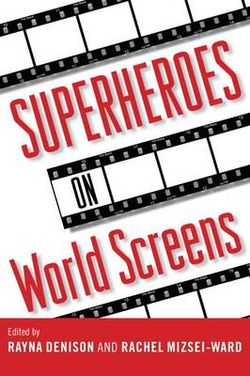 Superheroes such as Superman and Spider-Man have spread all over the world. As this edited volume shows, many national cultures have created or reimagined the idea of the superhero, while the realm of superheroes now contains many icons whose histories borrow from local folklore and legends. Consequently, the superhero needs reconsideration, to be regarded as part of both local and global culture as well as examined for the rich meanings that such broad origins and re-workings create.

This collection stands out as the first concentrated attempt to think through the meanings and significance of the superhero, not only as a product of culture in the United States, but as a series of local, transnational, and global exchanges in popular media. Through analysis of mainly film, television, and computer screens, contributors offer three challenges to the idea of the "American" superhero: transnational reimagining of superhero culture, emerging local superheroes, and the use of local superheroes to undermine dominant political ideologies. The essays explore the shifting transnational meanings of Doctor Who, Thor, and the Phantom, as these characters are reimagined in world culture. Other chapters chart the rise of local superheroes from India, the Middle East, Thailand, and South Korea. These explorations demonstrate how far superheroes have traveled to inspire audiences worldwide.

Be the first to review Superheroes on World Screens.

by Rayna Denison and Rachel Mizsei-Ward