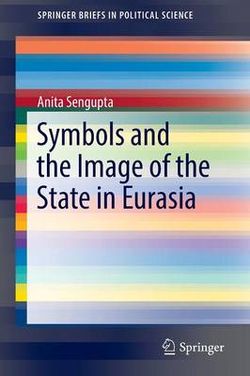 Symbols and the Image of the State in Eurasia

This book discusses the significance of cultural symbols/'images' in the nation-building of Eurasian states that emerged out of the former Soviet Union. It particularly focuses on the cases of Uzbekistan and Kazakhstan in the post-Soviet era and argues that the relationship between nation- and image-building has been particularly relevant for Eurasian states. In an increasingly globalized world, nation-state building is no longer an activity confined to the domestic arena. The situating of the state within the global space and its 'image' in the international community (nation branding) becomes in many ways as crucial as the projection of homogeneity within the state. The relationship between politics and cultural symbols/ 'images', therefore acquires and represents multiple possibilities. It is these possibilities that are the focus of Symbols and the Image of the State in Eurasia. It argues that the relationship between politics and cultural symbols/ 'images', became particularly relevant for states that emerged in the wake of the disintegration of the Soviet Union in Central Asia. It extends the argument further to contend that the image that the state projects is largely determined by its legacy and it attempts to do this by taking into account the Uzbek and Kazakh cases. In the shaping of the post-Soviet future these legacies and projections as well as the policy implications of these projections in terms of governmentality and foreign policy have been decisive.

Be the first to review Symbols and the Image of the State in Eurasia.

Symbols and the Image of the State in Eurasia