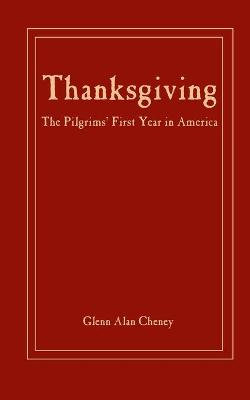 The Pilgrims' First Year in America

by Glenn Alan Cheney
Paperback
Publication Date: 01/09/2007
Be the first to write a review
Tweet

Thanksgiving is not a book about a holiday. It s about something that a few dozen survivors did after a year of suffering, death, struggle, and courage. They bowed their heads to give thanks. The Pilgrims journey began as a joint venture of business and religion, but soon it became a matter of survival. With 102 men, women, and children packed into a dim, wet space below the main deck, the Mayflower set out on a terrifying 66-day crossing of the Atlantic. They dropped anchor well north of where they d intended, and just as the New England winter was setting in.With no choice but to spend the winter in the dank, frigid ship, they took ill. One by one, almost half of them died. The few individuals well enough to work rowed the dead into shore and buried them in graves left unmarked so the Indians wouldn t know how weak they were. Spring promised only a year of toil and difficulties as they attempted to settle new land in a place they called Plymouth. But then a miracle walked out of the woods...an Indian who had already crossed the Atlantic four times. He spoke English very well. He showed them how to catch the local fish and grow the local crops. He introduced them to the local people, and in an experience unique in colonial history, Europeans and Indians became friends and allies. And that autumn, the new and native Americans came together for a feast that lasted three days. Thanksgiving is a book of fact that all but breathes with the human drama of life, death, birth, hope, prayer, work, desperation, and thanks. Though these few dozen people were hardly the first Europeans to settle in North America, their values and beliefs grew into the American culture. We are what they were. Every American should read this book before bowing for grace on Thanksgiving Day.

History of the Americas Local history

Be the first to review Thanksgiving.