Bobby Wabalanginy never learned fear, not until he was pretty well a grown man. Sure, he grew up doing the Dead Man Dance - those stiff movements, those jerking limbs - as if he'd learned it from their very own selves; but with him it was a dance of life, a lively dance for people to do together... Told through the eyes of black and white, young and old, That Deadman Dance is a story about a fledgling Western Australian community in the early 1800s known as the 'friendly frontier'. Poetic, warm-hearted and bold, it is a story which shows that first contact did not have to lead to war. It is a story for our times. 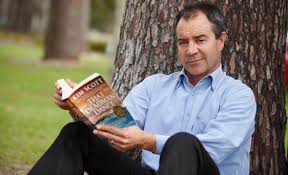 Kim Scott is a multi-award winning novelist. Benang (1999) was the first novel by an Indigenous writer to win the Miles Franklin Award and That Deadman Dance (2010) also won Australia's premier literary prize, among many others.

Proud to be one among those who call themselves Noongar, Kim is founder and chair of the Wirlomin Noongar Language and Story Project(www.wirlomin.com.au), which has published a number of bilingual picture books.

A Companion to the Works of Kim Scott (Camden House, 2016) deals with aspects of his career in education and literature. He received an Australian Centenary Medal and was 2012 West Australian of the Year.

Kim is currently Professor of Writing in the School of Media, Culture and Creative Arts at Curtin University.

Be the first to review That Deadman Dance.