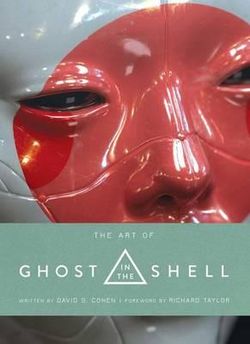 The Art of Ghost in the Shell

The Art of Ghost in the Shell
by Insight Editions
Not in stock...
Hardback
$67.99

Discover the incredible art behind Ghost in the Shell, the much-anticipated sci-fi thriller starring Scarlett Johansson.

Discover the incredible artwork behind the creation of Ghost in the Shell, the much-anticipated live-action film that brings to life the adventures of cybernetic detective Major Mira Killian and her crack cyberterrorism squad, Section 9.

Directed by Rupert Sanders and starring Scarlett Johansson as the Major, the film required the creation of a unique futuristic world where the vast majority of the population has had their bodies augmented with cybernetic enhancements.

Working with the award-winning Weta Workshop, Sanders and his team designed every aspect of this startling new world, from cityscapes filled with holograms the size of skyscrapers to robotic geishas, futuristic weaponry, and bionic limbs.

This deluxe book reveals the full creative journey behind Ghost in the Shell through interviews with the cast and crew and a wealth of incredible never-before-seen art that showcases the amazing vision that brought the film to the screen.

Be the first to review The Art of Ghost in the Shell. 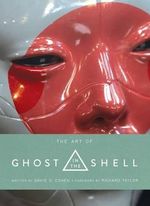 The Art of Ghost in the Shell