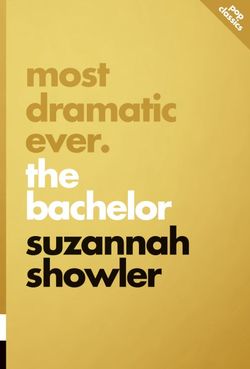 When it debuted in 2002, The Bachelor raised the stakes of first-wave reality television, offering the ultimate prize: true love.

Since then, thrice yearly, dozens of camera-ready young-and-eligibles have vied for affection (and roses) in front of a devoted audience of millions. In this funny, insightful examination of the world’s favourite romance factory, Suzannah Showler explores the contradictions that are key to the franchise’s genius, longevity and power and parses what this means for both modern love and modern America.

She argues the show is both gameshow and marriage plot - an improbable combination of competitive effort and kismet - and that it’s both relic and prophet, a time-traveller from first-gen reality TV that proved to be a harbinger of Tinder.

In the modern media-savvy climate, the show cleverly highlights and resists its own artifice, a llowing Bachelor Nation to see through the fakery to feel the romance. Taking on issues of sex, race, contestants-as-villains, the controversial spin-offs and more, Most Dramatic Ever is both love letter to and deconstruction of the show that brought us real love in the reality TV era.

"Most Dramatic Ever...contains fresh theories and excellent analysis of the show. It’s a very sophisticated reading of how the mashup between the dating show and the game show has reached its fruition on the Bachelor." - Avidly, LA Review of Books

Be the first to review The Bachelor.