The Only Money Guide You'll Ever Need

The 2019 Update to The Barefoot Investor!

This is the only money guide you'll ever need

That's a bold claim, given there are already thousands of finance books on the shelves.

So what makes this one different?

Well, you won't be overwhelmed with a bunch of 'tips' … or a strict budget (that you won't follow).

You'll get a step-by-step formula: open this account, then do this; call this person, and say this; invest money here, and not there. All with a glass of wine in your hand.

This book will show you how to create an entire financial plan that is so simple you can sketch it on the back of a serviette … and you'll be able to manage your money in 10 minutes a week.

You'll also get the skinny on:

Sound too good to be true? It's not.

This book is full of stories from everyday Aussies — single people, young families, empty nesters, retirees — who have applied the simple steps in this book and achieved amazing, life-changing results. 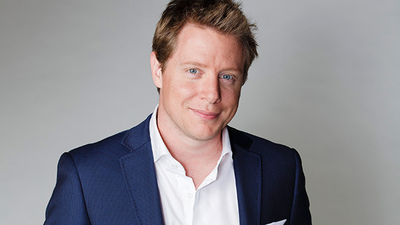 For well over a decade Scott has reached millions of Australians through his national weekend newspaper columns, appearances on TV and radio and his bestselling books. He teaches people from all walk of life how to become financially independent.

The Barefoot Investor: The Only Money Guide You'll Ever Need is the #1 bestselling Australian title of all time. Since 2016, Scott Pape has dominated the Australian Nielsen Bestseller charts, holding the overall #1 bestseller spot in 2017, 2018 and 2019.

In 2014 Scott was chosen to assist with the federal government's national financial literacy in schools program. The Barefoot Blueprint has grown to become one of Australia's largest independent wealth-building communities.

Scott lives on a farm in country Victoria with his wife Liz and their three kids and is often seen belting around in an old ute that doesn't need to be locked. 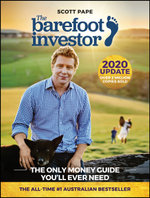