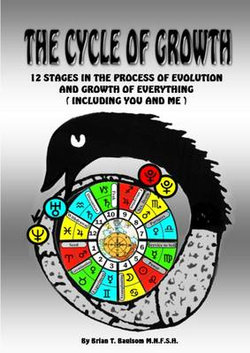 The Cycle of Growth

by Brian T. Baulsom
Hardback
Publication Date: 02/06/2015
Be the first to write a review
Tweet
$80.00
This item qualifies for FREE delivery

"THE CYCLE OF GROWTH" CONTAINS NEW CONCEPTS NOT FOUND ANYWHERE ELSE. The main principle of The Cycle of Growth is that all cyclic processes, no matter how many stages we split them into, are manifestations of the same Whole. When we compare the Cycle of Growth with seeming different areas of study there is remarkable correspondence. The book compares traditional philosophic and esoteric teachings with some of the latest discoveries in Psychology and Science - the most important being the discovery of the Transcendent Planets Uranus, Neptune, and Pluto, the now accepted story of Evolution beginning with The Big Bang, the modern scientific use of Number Zero - which was not recognised in earlier history. We also considers insights given by the trance medium Edgar Cayce - who also gave verifiable information about people he never met. This also reconciles differences when authorities on a subject disagree. ASTROLOGY AND PSYCHOLOGY *- Ancient philosophy did not include knowledge of the psychological concepts that are available to everyone today, although it was present in symbolic form. We also recognise that, as with the Hunter Gatherer, the mental psychology was different to that of today because the Jungian Thinking Function has developed from the general public access to Reading, Writing, and Mathematics - which are also relatively new subjects. *- It is becoming recognised that our experiences in the womb affect our later life. When we compare the Astrological Logarithmic Timescale of a human lifetime from Conception to Death with The "Development of Personality" stages of Freud, Erikson, and Piaget there is exact correspondence. *- The Logarithmic Timescale also adds a "Transcendent Octave" which gives rise to evolutionary development. *- The planet Uranus clearly relates to the Jungian psychological concept of The Individuation Process. *- Now in The Age of Aquarius, we can use recent historical discoveries to understand the other Zodiac Ages. THE TAROT *- The 22 symbols of the Major Arcana match the 12 Cycle of Growth Stages in sequence. NUMEROLOGY *- Traditional philosophical systems and Numerology do not include Number Zero because it is a relatively new discovery - only becoming a number in its own right in the Computer Age. *- The sequence of Numbers corresponds with the process of Evolution - and therefore The Cycle of Growth - from The Big Bang onwards, as demonstrated by the development of all Chemical Elements from basic Hydrogen. THE KABBALAH TREE OF LIFE *- This symbolic system gets closer to the archetypal universal principles than the others and therefore associates with all other areas of study to the enrichment of them all. *- The Astrological symbol of Neptune is a basic depiction of the 3 Pillars of The Tree of Life. With the discovery of Number Zero, we are now able to associate Numbers Zero to 9 with the 10 Sephiroth of The Tree - which was not previously possible. *- With the discovery of the Transcendent Planets we are able to add them to The Tree of Life where there were traditionally no planetary associations. *- "The Lightning Flash" of Kabbalist involution and related Astrological planets exactly matches those of the sequence of stages in The Cycle of Growth. We can now add a Transcendent function to The Tree which was not apparent before. THE BIBLE *- The Life of Jesus and the Genesis Story of Creation relate to our life in the womb and The Transcendent Octave of The Cycle of Growth. *- The 3 Octaves of The Cycle of Growth refer to the first 3 chapters of Genesis. *- The Tree of Life mentioned in Genesis and Revelation (and The Kabbalah) refers to the human Chakra System of energy centres in the human body, and the related hormone-producing endocrine glands.

Be the first to review The Cycle of Growth.

The Cycle of Growth