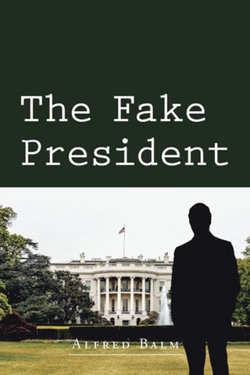 It is the year 2032, the incumbent American President Rocio Bowling is defeated by the popular simpatico Harvey Hampton. The young President is facing a world readying itself for Global War. China has spread its influence like a virus infiltrating the economies of Africa and South America through offering financial assistance and bribing corrupt governments. Rogue nations are uniting to form a power-base from where the mighty United States threatens to be attacked.Proliferation of nuclear armaments is no longer controllable, a rejuvenated Russian Empire under the aging Vladimir Putin, aspires to become the dominant power in Europe and the Middle East.But unbeknown to its adversaries America has developed a global defense system, code named Umbrella that encompasses the entire world. If from any point on earth, either on land, from the air, from a vessel or a submarine, a missile is about to be launched, it is immediately destroyed from space, exploding at the launching site.The top secret project is a threat for the ambitions of Russia, China and other countries, aspiring world dominance.The project however is absorbing extreme amounts of money, demanding great leadership from the President to maintain peace on the home front.As the scion of great grandparents who lost everything they owned during the great drought of the early nineteen hundreds, but through three generations built a conglomerate, realizing the American dream, Harvey Hampton was not destined to become President.During the many trips he made around the world after graduating with honors from Harvard, he noticed widespread inequalities. Not interested to become a business mogul he involves himself in politics, which ultimately lead to The White House.Realizing that its aspirations are at stake, the Kremlin devices a complot to sabotage Umbrella, so incomprehensible that it could only succeed. Will it?

Be the first to review The Fake President.