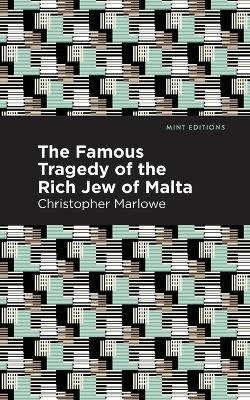 The Famous Tragedy of the Rich Jew of Malta

by Christopher Marlowe
Paperback
Publication Date: 23/02/2021
Be the first to write a review
Tweet
$9.75

Christopher Marlowe (1564-93) was an English playwright and poet, who through his establishment of blank verse as a medium for drama did much to free the Elizabethan theatre from the constraints of the medieval and Tudor dramatic tradition.

His first play Tamburlaine the Great, was performed that same year, probably by the Admiral's Men with Edward Alleyn in the lead. With its swaggering power-hungry title character and gorgeous verse the play proved to be enormously popular; Marlowe quickly wrote a second part, which may have been produced later that year. Marlowe's most famous play, The Tragical History of Doctor Faustus, based on the medieval German legend of the scholar who sold his soul to the devil, was probably written and produced by 1590, although it was not published until 1604. Historically the play is important for utilizing the soliloquy as an aid to character analysis and development.

The Jew of Malta (c. 1590) has another unscrupulous aspiring character at its centre in the Machiavellian Barabas. Edward II (c. 1592), which may have influenced Shakespeare's Richard II, was highly innovatory in its treatment of a historical character and formed an important break with the more simplistic chronicle plays that had preceded it.

Marlowe also wrote two lesser plays, Dido, Queen of Carthage (date unknown) and The Massacre at Paris (1593), based on contemporary events in France. Marlowe was killed in a London tavern in May 1593. Although Marlowe's writing career lasted for only six years, his four major plays make him easily the most important predecessor of Shakespeare.

Be the first to review The Famous Tragedy of the Rich Jew of Malta.

The Famous Tragedy of the Rich Jew of Malta