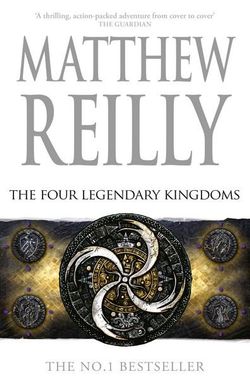 The thrilling new book in the Jack West Jr series.

"If you thought [the previous Jack West novels] were page-turners, wait until you read The Four Legendary Kingdoms." West Australian

JACK WEST THOUGHT HE HAD SEEN IT ALL ...BUT NOTHING CAN PREPARE HIM FOR THIS. A RUTHLESS KIDNAPPING Jack West Jr and his family are living happily on their remote farm when Jack is brutally kidnapped. he awakes in an underground cell to find a masked attacker with a knife charging at him. THE GREAT GAMES Jack, it seems, has been chosen - along with a dozen other elite soldiers - to compete in a series of deadly challenges designed to fulfil an ancient ritual.

With the fate of the Earth at stake, he will have to traverse diabolical mazes, fight cruel assassins and face unimaginable horrors that will test him like he has never been tested before. TO HELL AND BACK In the process, he will discover the mysterious and powerful group of individuals behind it all: the four legendary kingdoms. He might also discover that he is not the only hero in this place...

Be the first to review The Four Legendary Kingdoms. 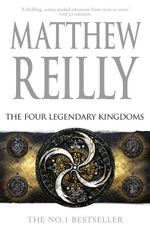