It is September 1995. Selin, a Turkish-American college freshman from New Jersey, is about to embark on her first year at Harvard University, where she is determined to decipher the mysteries of language and to become a writer.

In between studying psycholinguistics and the philosophy of language, teaching ESL to a Costa Rican plumber, and befriending her classmate Svetlana (a Serbian refugee from Connecticut), Selin falls in love with a Hungarian maths student in her Russian class. She spends the summer in the Hungarian countryside teaching English to village children, where sad and comic misunderstandings ensue.

Full of the razor-sharp evocations of character and place that have long delighted readers of Batuman's non-fiction, The Idiot tackles literary ambition, female friendship, the American dream, Chomskian linguistics, the Russian novel and romantic love.

'There is hardly a single action we perform in that phase which we would not give anything, in later life, to be able to annul,' Proust once wrote, 'but adolescence is the only period in which we learn anything.'

Elif Batuman has been a staff writer at the New Yorker since 2010. She is the author of The Possessed: Adventures with Russian Books and the People Who Read Them.

The recipient of a Whiting Writers' Award, a Rona Jaffe Foundation Writers' Award, and a Paris Review Terry Southern Prize for Humor, she also holds a PhD in comparative literature from Stanford University.

Be the first to review The Idiot. 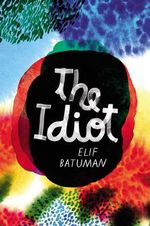