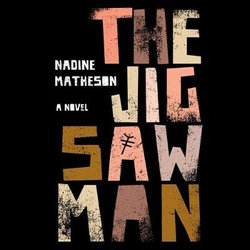 A serial killer and his copycat are locked in a violent game of cat and mouse. Can DI Angelica Henley stop them before it's too late?

On the day she returns to active duty with the Serial Crimes Unit, Detective Inspector Angelica Henley is called to a crime scene. Dismembered body parts from two victims have been found by the river.

The modus operandi bears a striking resemblance to Peter Olivier, the notorious Jigsaw Killer, who has spent the past two years behind bars. When he learns that someone is co-opting his grisly signature--the arrangement of victims' limbs in puzzle-piece shapes--he decides to take matters into his own hands.

As the body count rises, DI Angelica Henley is faced with an unspeakable new threat. Can she apprehend the copycat killer before Olivier finds a way to get to him first? Or will she herself become the next victim?

Drawing on her experience as a criminal attorney, debut novelist Nadine Matheson delivers the page-turning crime novel of the year. Taut, vivid and addictively sinister, The Jigsaw Man will leave you breathless until the very last page.

Nadine Matheson was born and raised in Deptford (one of the murders in The Jigsaw Man takes place five minutes from her front door) and is a criminal solicitor.

Nadine is also a winner of the City University Crime Writing competition and you can follow her on Twitter .

The Jigsaw Man is her debut novel.

Be the first to review The Jigsaw Man.