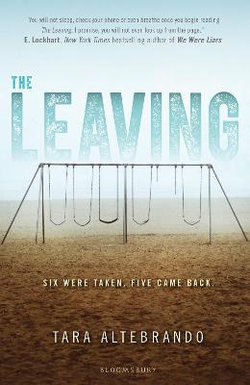 Six were taken. Eleven years later, five come back - with no idea of where they've been. A riveting mystery for fans of We Were Liars and The Eternal Sunshine of the Spotless Mind.

Eleven years ago, six five-year-olds went missing without a trace. After all this time, the people left behind have moved on, or tried to.

Until today. Now five of those kids are back. They're sixteen, and they are ... fine. Scarlett comes home and finds a mother she barely recognises, and doesn't really know who she's supposed to be, either. But she remembers Lucas. Lucas remembers Scarlett, too, but they can't recall where they've been or what happened to them. Neither of them remember the sixth victim, Max. He doesn't come back and everyone wants answers.

Tara Altebrando is the author of several middle grade and teen novels, including The Leaving and Roomies, an ALA 2014 Best Fiction for Young Adults pick, co-written with Sara Zarr.

She lives in New York City with her family. 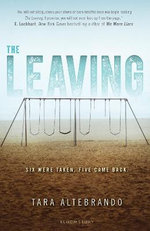