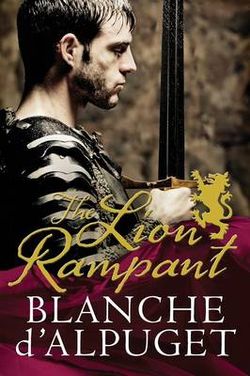 by Blanche d'Alpuget and Jody Lee

The second novel in the compelling series about two of medieval history's most fascinating characters, Henry II and Eleanor of Aquitaine. It is 1154 and Henry Plantagenet avenges his family honour by taking back the English throne from Stephen the Usurper. The kingdom he inherits is impoverished, lawless and broken by years of civil war. By his side is the beautiful, wealthy and indomitable Eleanor of Aquitaine. Combining forces, this golden couple use their charisma and shrewd diplomacy to crush rebellious barons and restore England's prestige and glory. However, an equally ambitious financial magician is needed to restore the royal treasury. Opportunistic Thomas Becket answers the call, using his appointment of Chancellor to fill not only the King's coffers but also his own. In a dance of ambition, vengeance and forbidden passions, Henry, his Queen and the Chancellor fight for political power and control against forces seen and imagined, each with their own agenda, each determined to hide their own shameful secrets. "Blanche d'Alpuget has now turned to medieval history to produce an extraordinary tale of ruthlessly pursued political and personal aims. It seems she has reproduced the very texture of those times, their sophistication, their ambitions and stratagems. I was expecting the normal historical novel. This isn't it. This is fresh and invigorating and absolutely gripping. The revision she provides of the motives and character of Thomas Becket will rivet readers as they have not been riveted since Hilary Mantel's Thomas Cromwell." - Thomas Keneally, AO

Be the first to review The Lion Rampant. 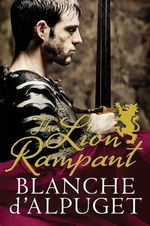 by Blanche d'Alpuget and Jody Lee

Historical fiction Romance Australian Books
Hold on while we process your request.