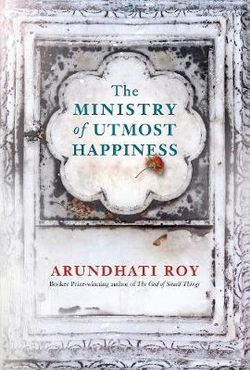 The Ministry of Utmost Happiness 1

Longlisted for the Man Booker Prize 2017

A new novel from the Booker Prize-winning author of the monumental God of Small Things.

In a city graveyard, a resident unrolls a threadbare Persian carpet between two graves. On a concrete sidewalk, a baby appears quite suddenly, a little after midnight, in a crib of litter. In a snowy valley, a father writes to his five-year-old daughter about the number of people that attended her funeral. And in the Jannat Guest House, two people who've known each other all their lives sleep with their arms wrapped around one another as though they have only just met.

Here is a cast of unforgettable characters caught up in the tide of history. Told with a whisper, with a shout, with tears and with laughter, it is a love story and a provocation. Its heroes, present and departed, human and animal, have been broken by the world we live in and then mended by love and for this reason, they will never surrender.

Arundhati Roy is the author of the Booker Prize-winning novel The God of Small Things.

Her political writings include The Algebra of Infinite Justice, Listening to Grasshoppers, Broken Republic and Capitalism- A Ghost Story, and most recently Things That Can and Cannot Be Said, co-authored with John Cusack.

Arundhati Roy lives in New Delhi and her new novel, The Ministry of Utmost Happiness will be published by Hamish Hamilton in June 2017.

The Ministry of Utmost Happiness