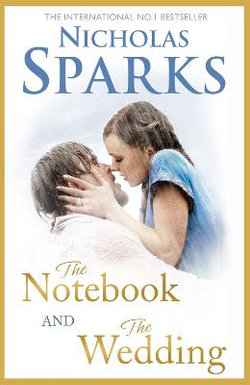 The Notebook and The Wedding

How far can love endure?

Noah Calhoun has just returned from World War Two. Attempting to escape the ghosts of battle, he tries to concentrate on restoring an old plantation home to its former glory.

And yet he is haunted by images of the beautiful girl he met there fourteen years before, a girl who captured his heart like no other.

But when these distant memories begin to slide into reality, the passion that had lain still is ignited once more. Though so much is in their way, the miraculous force of their love refuses to fade.

After thirty years of marriage, Wilson is forced to face a painful truth. His wife, Jane, has fallen out of love with him. Despite the shining example of his in-laws, Noah and Allie Calhoun (originally recounted in The Notebook), and their fifty-year love affair, Wilson is unable to express his true feelings.

With his daughter about to marry, and his wife thinking about leaving him, Wilson knows it is time to act. He will do anything he can to save his marriage.

With the memories of Noah and Allie's inspiring life together as his guide, he vows to make his wife fall in love with him . . . all over again. Be the first to review The Notebook and The Wedding. 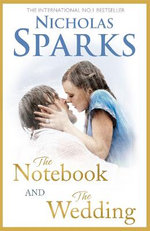 The Notebook and The Wedding

Contemporary fiction Romance Fiction
Hold on while we process your request.