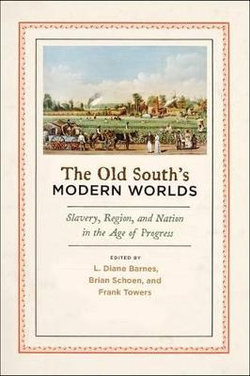 Slavery, Region, and Nation in the Age of Progress

The Old South has traditionally been portrayed as an insular and backward-looking society. The Old South's Modern Worlds looks beyond this myth to identify some of the many ways that antebellum southerners were enmeshed in the modernizing trends of their time. The essays gathered in this volume not only tell unexpected narratives of the Old South, they also explore the compatibility of slavery-the defining feature of antebellum southern life-with cultural
and material markers of modernity such as moral reform, cities, and industry. Considered as proponents of American manifest destiny, for example, antebellum southern politicians look more like nationalists and
less like separatists. Though situated within distinct communities, Southerners'-white, black, and red-participated in and responded to movements global in scope and transformative in effect. The turmoil that changes in Asian and European agriculture wrought among southern staple producers shows the interconnections between seemingly isolated southern farms and markets in distant lands. Deprovincializing the antebellum South, The Old South's Modern Worlds illuminates a diverse region
both shaped by and contributing to the complex transformations of the nineteenth-century world.

Be the first to review The Old South's Modern Worlds. 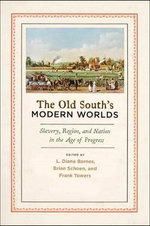 Modern history to 20th century: c 1700 to c 1900 Slavery & abolition of slavery History of the Americas Local history
Hold on while we process your request.