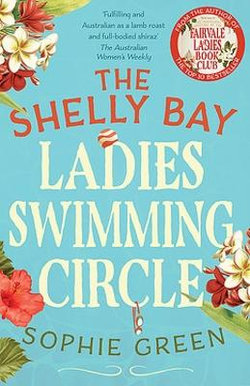 The author of treasured Australian bestseller, The Inaugural Meeting of the Fairvale Ladies Book Club, returns with a new novel perfect for your book club

It's the summer of 1982. The Man From Snowy River is a box office hit and Paul Hogan is on the TV.

In a seaside suburb of NSW, housewife Theresa Howard takes up swimming. She wants to get fit; she also wants a few precious minutes to herself. So at sunrise each day she strikes out past the waves.

From the same beach, the widowed Marie swims. With her husband gone, bathing is the one constant in her new life.

After finding herself in a desperate situation, 25-year-old Leanne only has herself to rely on. She became a nurse to help others, even as she resists help herself.

Elaine has recently moved from England. Far from home without her adult sons, her closest friend is a gin bottle.

In the waters of Shelly Bay, these four women find each other. They will survive shark sightings, bluebottle stings and heartbreak; they will laugh so hard they swallow water, and they will plunge their tears into the ocean's salt. They will find solace and companionship in their friendship circle, and learn that love takes many forms.

Sophie Green writes children's fiction and short stories. She has a degree in zoology and an interest in folklore. She was born and still lives in Suffolk and works as a children's librarian in the public library service.

Her first novel The Last Giant was shortlisted for the Times/Chicken House Children's Fiction Competition in 2011. Her short stories have been highly commended for the Bridport Prize 2012, longlisted for BBC Opening Lines in 2013 and 2015 and won second prize in Words with Jam in 2014. Her story Potkin and Stubbs was recently shortlisted for the Bath Children's Novel Award. 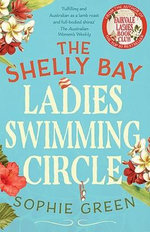 Contemporary fiction New Australian Writing For Her Fiction
Hold on while we process your request.