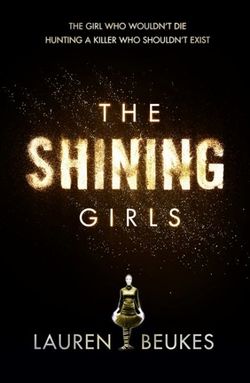 Stephen King's pick for Best Summer Read 2013 (The Times): 'Clever story, smart prose' The girl who wouldn't die ... hunting a killer who shouldn't exist. He's the perfect killer. Unstoppable. Untraceable. He thinks. CHICAGO, 1931. Harper Curtis, a violent drifter, stumbles on a house with a secret as shocking as his own twisted nature - it opens onto other times. He uses it to stalk his carefully chosen 'shining girls' through the decades - and cut the spark out of them. 'It's not my fault. It's yours. You shouldn't shine. You shouldn't make me do this.' CHICAGO, 1992. they say what doesn't kill you makes you stronger. tell that to Kirby Mazrachi, whose life was shattered after a brutal attempt to murder her. Still struggling to find the attacker, Kirby's only ally is Dan, an ex-homicide reporter who covered the case and now might be falling in love with her. As Kirby investigates, she finds the other girls - the ones who didn't make it. the evidence is ... impossible. But for a girl who should be dead, impossible doesn't mean it didn't happen ... 'strong contender for the role of this summer's universal beach read ... [an] expert hair-raiser ... loaded with acrobatic twists' New York times 'whip-smart, mildly tricksy and compulsively readable' the Weekend Australian 'Engrossing as it is original, as rewarding as it is challenging ... a beautifully layered work of fiction. take the time to read this, it's mesmerizing' the Sun Forget GONE GIRL, now it's all about tHE SHINING GIRLS' the Observer 'By turns brilliant, brutal and riveting ... Read it and wonder' the Age 'Powerful. A tense, compelling thriller' the times 'A tremendous work of suspense fiction... a mind-melting, heart-pounding mashup that delivers on its promise' Cory Doctorow 'One of my favourite books of the year ... stark, brooding and will have you sitting up long into the wee hours in a bid to gallop through its pages' the Herald 'A grisly crime thriller meets sci-fi action meets historical fiction in a wildly inventive summer page-turner' Entertainment Weekly 'the premise is pure Stephen King, but Beukes gives it an intricate, lyrical treatment all her own' time magazine 'Fantastic' Derek Landy 'utterly original, beautifully written, it creeped the holy bejasus out of me. this is something special' tana French 'Full of surprises ... Keep the lights on' Daily Mail 'If you've got a GONE GIRL shaped hole in your life, try this cleverly constructed thriller' Evening Standard

Lauren Beukes is the award-winning and internationally best-selling South African author of The Shining Girls, Zoo City and Broken Monsters, among other works. Her novels have been published in 24 countries and are being adapted for film and TV. She's also a screenwriter, comics writer journalist and award-winning documentary maker. She lives in Cape Town, South Africa with her daughter and two troublesome cats.