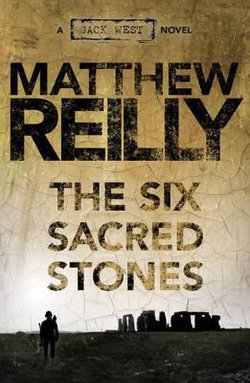 The no. 1 bestseller from Australia's favourite novelist and author of the Scarecrow series

A mysterious ceremony at a hidden location has unlocked a catastrophic countdown to world annihilation. Now, to save the world, supersoldier Jack West Jr and his loyal team of adventurers must find and rebuild a legendary device known as 'the Machine'.

The only clues to locating this Machine are held within the fabled Six Sacred Stones, which are scattered around the globe. But Jack and his team are not the only ones seeking the Stones, there are other players involved who don't want to see the world saved at all...

"Get ready for a wild ride" Daily Telegraph

"Whisking you through wave after wave of nonstop action on a cloud of exuberant improbabilities...it's a blast." Booklist

Be the first to review The Six Sacred Stones. 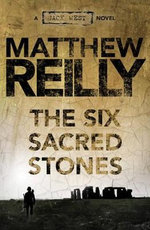 Thriller / suspense Matthew Reilly Australian Books
Hold on while we process your request.