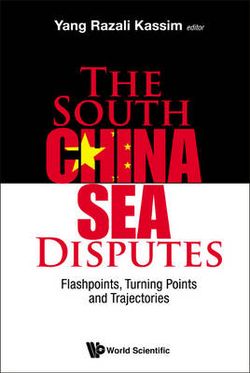 The South China Sea Disputes: Flashpoints, Turning Points and Trajectories focuses on the currently much-debated theme of the South China Sea disputes -- one of the hottest international disputes of the 21st century which can easily turn from a brewing flashpoint into a regional conflict with global repercussions. Through a compilation of commentaries published by the S. Rajaratnam School of International Studies from 2012 to much of 2016, the book attempts to reflect the evolution of the disputes in recent years through what can be seen as turning points and trajectories in the diplomatic tensions. The book is divided into four sections, taking off from a key diplomatic or related incident/development which can be seen as a turning point for each, with the concluding section looking at what lies ahead for Southeast Asia and the larger Asia-Pacific region, amidst the uncertainties triggered by the South China Sea imbroglio.

Be the first to review The South China Sea Disputes.