The final work of one of Australia's greatest writers.

"His eyes are on the one eye of the rifle. His mouth splits open his brown beard. He throws up a hand, palm outward, in an unwilled, futile gesture to ward off death."

A killer is hounding the seaside town of Old Tornwich. Residents are gripped by fear and suspicion, and the finger of blame is pointed in all directions. But the bodies keep falling and the crimes remain unsolved, the culprit at large. No mere whodunnit, The Suburbs of Hell--its story inspired by a real-life serial killer--is a profoundly disturbing psychological drama with a devastating conclusion, the final work of one of Australia's greatest writers.

Be the first to review The Suburbs of Hell. 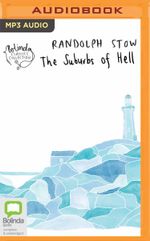