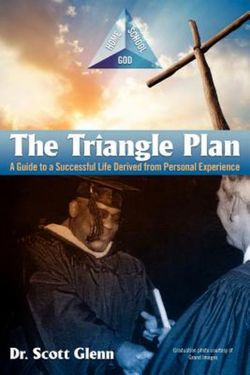 A Guide to a Successful Life Derived from Personal Experience

Be the first to write a review
Tweet
11%
OFF RRP  $52.99 $47.50
Dr. Scott Glenn was raised outside of Philadelphia in the blue-collar borough of Pottstown, Pennsylvania. Here, along the Schuylkill River, Dr. Glenn learned the principles of life from a loving family and a closeknit community. Dr. Glenn's book, The Triangle Plan, is the story of his life journey, a journey conceived in love, challenged by the imperfection and uncertainty of life, which has led to the development of a philosophical strategy for happiness and success based on a moral consciousness. The book follows Dr. Glenn's relationships with his patriotic father, spiritual mother, and close brother; his football achievements at Pottstown High School; his experiences as a recordbreaking running back and future Hall of Fame recipient at West Virginia University Institute of Technology; and his induction into the Pennsylvania Sports Hall of Fame. His story includes snippets from his days as a proud U.S. Marine, his high school and college football coaching career, and his doctoral journey, which reflects his commitment to educational excellence. Scott Glenn was born and raised just outside of Philadelphia in close-knit, blue-collar Pottstown, Pennsylvania. The son of loving parents Sage and Dorothy Glenn and brother to Stan, Scott based his life principles and characteristics on the spiritual guidance of his mother, patriotic pride of his father, and a town as resilient as the steel it manufactures. Dr. Glenn first gained notoriety on the gridiron as a stellar high school football player and continued his successful sports career at West Virginia University Institute of Technology, where he is still the alltime leading rusher and a member of the school's Hall of Fame. After his collegiate career, injuries forced Scott to abandon his lifelong dream of playing professionally, but a new opportunity arose: the U.S. Marine Corps. From the day he arrived at Parris Island in 1993 to the day of his honorable discharge, Scott served as a proud marine.

Be the first to review The Triangle Plan. 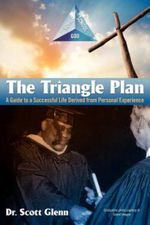