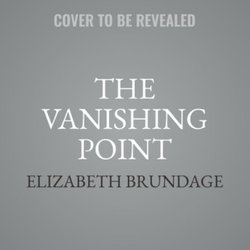 At Rye Adler's funeral, they didn't bury his body - or the rivalry of his closest enemy.&nbsp; A gripping literary thriller by the author of the "wrenching and exhilarating" All Things Cease to Appear (Wall Street Journal).&nbsp;Julian Ladd and Rye Adler cross paths as photography students in the exclusive Brodsky Workshop.&nbsp; When Rye needs a roommate, Julian moves in, and a quiet, compulsive envy takes root, assuring, at least in his own mind, that he will never achieve Rye's certain success.&nbsp; Both men are fascinated with their beautiful and talented classmate, Magda, whose captivating images of her Polish neighborhood set her apart, and each will come to know her intimately - a woman neither can possess and only one can love.&nbsp;&nbsp;Twenty years later, long after their paths diverge, Rye is at the top of his field, famous for his photographs of celebrities and far removed from the downtrodden and disenfranchised subjects who'd secured his reputation as the eye of his generation.&nbsp; When Magda reenters his life, asking for help only he can give, Rye finds himself in a broken landscape of street people and addicts, forcing him to reckon with the artist he once was, until his search for a missing boy becomes his own desperate fight to survive.&nbsp;Months later, when Julian discovers Rye's obituary, the paper makes it sound like a suicide.&nbsp; Despite himself, Julian attends the funeral, where there is no casket and no body.&nbsp; This sudden reentry into a world he thought he left behind forces Julian to question not only Rye's death, but the very foundations of his life.&nbsp;In this eerie and evocative novel, Elizabeth Brundage establishes herself as one of the premiere authors of literary fiction at work today.

Be the first to review The Vanishing Point.