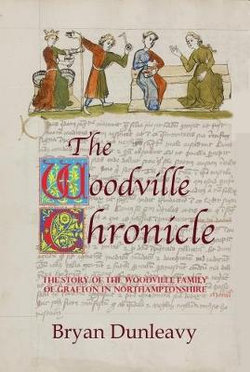 The Story of the Woodville Family of Grafton in Northamptonshire

The Woodville family came to prominence in 1464 with the surprising marriage of Elizabeth Woodville to Edward IV. Since that time they have been broadly categorised as a parvenu family who were suddenly catapulted from obscurity. The family belonged to the South Northamptonshire "gentry", that is, they were a family of some local importance who made occasional forays into national affairs. Their star began to rise in the 14th century, long before Edward IV ever set eyes on the beautiful Elizabeth Grey. Lord Rivers was an established member of King Henry VI's council in the 1440s and, if the history of the 15th century was rewritten without the marriage of 1464, he would still have a place, albeit a minor one, in English history.
The Woodvilles, as a family, have not always been kindly treated by historians; some criticism is merited, but much of the dismissive criticism is undeserved. Accordingly, a lot of attention has been given to the period between 1464 and 1483 and almost nothing to the Woodville hinterland. By delving into the early history of the Woodvilles, Bryan Dunleavy tries to provide a balanced view of the family and its leading protagonists.
This account of the Woodville family starts with their first mention in the 13th century, through their rise to prominence in Northamptonshire in the 14th century, and through 60 years of royal service to the Lancastrian kings, almost a quarter century of service to the Yorkist kings and their final, less influential years with the Tudors. It was the family's bad luck to leave no male heirs after 1491 and in that circumstance less power to influence events and its own history.
The last Woodville descendent to create a ripple was Jane Grey, England's queen for nine days in 1553.

Be the first to review The Woodville Chronicle.