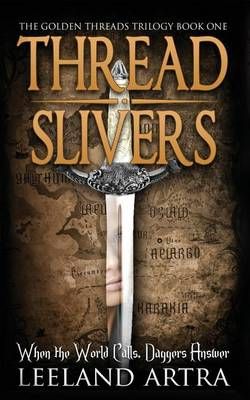 She desires fame. He wants freedom. When their worlds crumble, even survival may not be an option.

The world is driven by wizards, gods, and an imperial space marine 20,000 years into our future. Fame-hungry female mercenary Ticca is willing to skirt the edges of her warrior's code if it brings her the fame she desires. Her hopes of making a name for herself by spying on assassins are dashed when she's forced to kill the assassin she was hired to watch.

Lebuin is a rich journeyman mage who's just discovered his new rank involves actual journeying. He hires Ticca to help him advance to master and return to a life of comfort as quickly as possible. He's willing to spend all he has to make it happen, but the mage and his mercenary get much more than they bargained for.

Trapped in the crossfire of a vast power game, Ticca and Lebuin must survive a battle between rulers, guilds, and gods. In a land of magic and technology, they'll need to give everything to keep the world and themselves in one piece.

Thread Slivers is the first book in an epic fantasy/speculative sci-fi trilogy set in a distant future. If you like heroic, humorous, and exotic characters in a world that mixes elements of paranormal and hard sci-fi, then you'll love this beautiful, original, and thought-provoking adventure.

Be the first to review Thread Slivers.