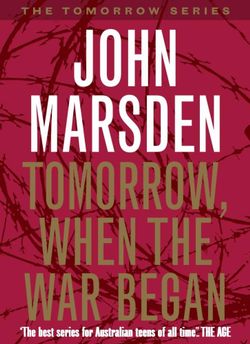 Tomorrow, When the War Began 2

Somewhere out there Ellie and her friends are hiding.

Their world has changed, with the speed of a slamming door.

They've got no weapons – except courage.

They've got no help – except themselves.

They've got nothing – except friendship.

How strong can you be, when the world is full of people trying to kill you?

Tomorrow, When the War Began is the first of an enormously popular series that has been translated and published all over the world. It is the book that started the series that became the legend...

John Marsden is Australia's bestselling author for teenagers and a highly acclaimed picture book writer. His previous titles include Winter, The Head Book, The Boy You Brought Home and Millie.

John Marsden lives at the Tye Estate, just outside of Melbourne, where he opened a school called Candlebark in January 2006. The school currently has 52 students, ranging from Prep to Year 7. 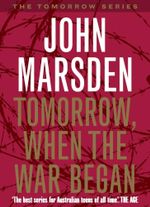 Tomorrow, When the War Began