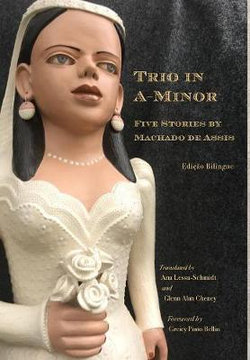 Brazilian writer Machado de Assis is considered one of the greatest contributors to world literature. His work not only pushes the bounds of fiction but spans a crucial period in Brazilian history. In his early years, he set his stories in the New World version of Portugal's rigid traditional social structure. His characters worked out their frivolous romantic concerns with excruciatingly convoluted formality.

But a few years later, as Brazil inched toward a republican government and the abolition of slavery, Machado's stories took on depth and dimension. His characters saw more options in life. Their actions reflected less social formality and more psychological complexity.

Two of the stories in this collection--novellas, actually, and translated here for the first time--were published during his early, formative period. Three others typify his later, more literary period. Together, they illustrate not only a writer but a nation in transition.

In this special bilingual edition, readers can see both sides of this fascinating writer, and those who understand both languages can appreciate the nuances of the translation.

Be the first to review Trio in A-Minor.