Francois Truffaut (1932-1984), French motion-picture director and critic, is a leader of the nouvelle vague movement of film-makers who rejected the slick

Impersonal style of studio filmmaking for a more personal approach, in which the director has sole creative authority and is recognized as the author of a film.

Truffaut was born in Paris. After a troubled childhood, he left school at the age of 14. Through his passion for film, he met Andre Bazin, Founder and Co-editor of the influential journal Cahiers du Cinema, for which Truffaut began writing.

Throughout his filmmaking career, which began in the late 1950s, Truffaut wrote or co-authored as well as directing all of his feature films, which combine comedy, pathos, suspense and melodrama. He was strongly influenced by French film-makers Jean Vigo and Jean Renoir and by English-American director Alfred Hitchcock.

In Truffaut at Work, film expert Carole Le Berre looks beyond the usual anecdotal sources about Truffaut to reveal an inspired and inspiring portrait of one of the most influential directors of the twentieth century. She draws heavily from Truffaut's personal papers and the archives of the film studios he worked for: the book details shooting schedules, budgets, memos, letters, storyboards and transcripts of discussions with key collaborators. The result is a major reassessment of the working methods of this groundbreaking director.

Carole Le Berre is a film critic and a writer, and the artistic adviser to the film department of the major French television channel TF1.

Be the first to review Truffaut At Work. 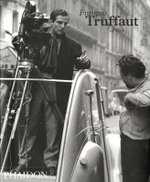