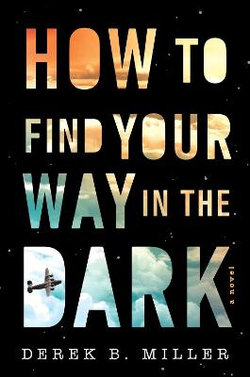 A coming-of-age story set during the rising tide of World War II, How to Find Your Way in the Dark&nbsp;follows Sheldon Horowitz from his humble start in a cabin in upstate New York, through the trauma of his father's murder and the murky experience of assimilated Jews in Hartford, Connecticut, to the birth of stand-up comedy in the Catskills--all while he and his friends are beset by anti-Semitic neighbors, employers, and criminals.

With the wit and scope of Michael Chabon's The Amazing Adventures of Kavalier and Clay, Derek B. Miller tackles his most ambitious epic yet. At its heart is the return of Sheldon Horowitz, the protagonist from Miller's award-winning first novel, Norwegian by Night, who was lauded by Pulitzer Prize-winning author Richard Russo as "one of the most memorable characters . . . that I've encountered in years."

The story begins with young Sheldon recovering from the loss of his mother, who died in a fire in 1937, only to lose his father in a suspicious car accident the following year. Sheldon was in the truck with his beloved dad, and he emerges from the crash an orphan hell-bent on revenge. Embarking on a new life in Hartford under the roof of his uncle, Sheldon, his teenage cousins Abe and Mirabelle, and his best friend, Lenny, contend with orthodoxy, assimilation, anti-Semitism, the mafia, and the juxtaposition of violence and humor as World War II emerges alongside the rise of Jewish comedians in the Catskills. With his eye always on vengeance for his father's murder, Sheldon comes to understand the world is comprised largely of crimes, both big and small, leaving him to wonder whether any act is right or wrong, but knowing the answer matters.

A native of New England, Miller is the director of The Policy Lab and has worked in International Affairs with the UN, governments and think tanks for the past twenty years.

His second novel, The Girl in Green, was recently shortlisted for the Crime Writers Association Steel Dagger for Best Thriller of the Year 2017. He lives in Oslo with his wife and children

Be the first to review Twilight Crimes.

by Derek B. Miller