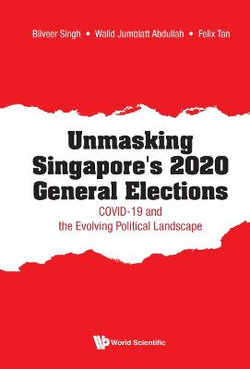 COVID-19 and the Evolving Political Landscape

On 10 July 2020, Singapore held its 18th general elections in history and the 13th since independence in 1965. The ruling People's Action Party (PAP) once again retained its supermajority by capturing 83 out of the 93 seats, controlling 89.2 percent of parliamentary seats. In spite of a changing social, political and economic landscape, Singapore is still very much identified as an illiberal democracy that has somehow thrived over the years.As the general elections was held during the COVID-19 pandemic, there were expectations that Singaporeans would overwhelmingly vote for the PAP government as the country was facing a serious crisis of a generation. The 'flight-to-safety' mode that some had expected in an election during a crisis, however, did not materialise. In the end, Singaporean voters decided to send a strong warning to the PAP that not all was well, with the opposition achieving its strongest gains since 1965, capturing 10 seats and an additional two Non-constituency Member of Parliament seats. The PAP's total votes dropped from 69.9 percent in 2015 to 61.2 percent in 2020. The rise of a credible opposition has also further strengthened Singaporeans' resolve to ensure that a fair-playing field exists in the political realm. With the highest voter turnout since independence, many have made it known that their voices mattered. The PAP also saw some cracks in its ranks, with some former cadre members and supporters being critical of the new fourth-generation team.Against this backdrop, this book hopes to address the following questions. What were the key issues in the general elections? Who were the main contenders in the polls? What accounted for the PAP's continued hold on power in Singapore? Why did the opposition perform much better than in the previous general elections? What are the main implications of the 2020 general elections results for the PAP, opposition and the broader society at large? How far have electoral issues shifted from 'bread and butter' concerns to much broader topics of social injustices and diversity of voices in parliament? What were some of the crucial talking points during this election? Last, but not least, how far did social media and internet campaigning determine the outcome of this election?

Be the first to review Unmasking Singapore's 2020 General Elections: Covid-19 And The Evolving Political Landscape.