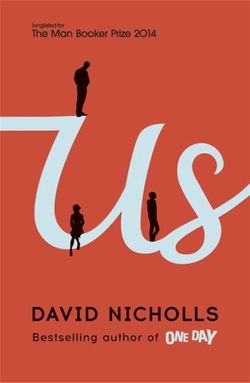 David Nicholls brings to bear all the wit and intelligence that graced ONE DAY in this brilliant, bittersweet novel about love and family, husbands and wives, parents and children. Longlisted for the Man Booker Prize for Fiction 2014. 'I was looking forward to us growing old together. Me and you, growing old and dying together.' 'Douglas, who in their right mind would look forward to that?' Douglas Petersen understands his wife's need to 'rediscover herself' now that their son is leaving home. He just thought they'd be doing their rediscovering together. So when Connie announces that she will be leaving, too, he resolves to make their last family holiday into the trip of a lifetime: one that will draw the three of them closer, and win the respect of his son. One that will make Connie fall in love with him all over again. The hotels are booked, the tickets bought, the itinerary planned and printed. What could possibly go wrong?

David Nicholls is the bestselling author of Us, One Day, Starter For Ten and The Understudy. His novels have sold over 8 million copies worldwide and are published in forty languages. David's fifth novel, Sweet Sorrow, will be published by Hodder in July 2019.

David trained as an actor before making the switch to writing. He is an award-winning screenwriter, with TV credits including the third series of Cold Feet, a much-praised modern version of Much Ado About Nothing, The 7.39 and an adaptation of Tess of the D'Urbervilles. David wrote the screenplays for Great Expectations (2012) and Far from the Madding Crowd (2015, starring Carey Mulligan). He has twice been BAFTA nominated and his recent adaptation of Patrick Melrose from the novels by Edward St Aubyn won him an Emmy nomination.

View more reviews for Us