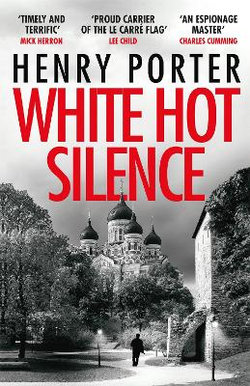 Aid worker Anastasia Christakos is driving through Calabria to visit one of the new refugee centres funded by her husband, billionaire Denis Hisami, when she slows down to greet two African migrants she recognises. Too late she realises it is an ambush.

She manages a desperate phone call to Hisami before her Mafia kidnappers drug her. Hours later she wakes up on a container ship, powering eastwards across the Mediterranean.

Anastasia has been abducted and held hostage because Hisami has explosive information that his enemies have killed for and will kill for again. But Hisami's time as a commander with the Kurdish Peshmerga has caught up with him, and the US authorities have jailed him for possible past terrorist activities. For all his wealth, he is powerless to save his wife.

Only one man can help him. Paul Samson, former MI6 agent and a genius at tracking missing persons. He's the obvious choice. There's only one snag. Samson was, and probably still is, in love with Anastasia. If he manages to locate and save her, will it be for Hisami - or himself?

Henry Porter has written five novels for Orion and one children's novel. In 2005, his novel Brandenburg, which is set in East Germany at the time of the Fall of the Berlin Wall, won the Ian Fleming Steel Dagger. His thriller Empire State, the first about extraordinary rendition, was also nominated for the award. His books have been widely acclaimed and translated into over a dozen languages.

For five years he campaigned against the attack on civil liberties by the government in the Observer newspaper where he writes a column. During that time he debated with Tony Blair in a public exchange of emails about his government's record on surveillance, databases and the rights of the individual. He has been the London editor of Vanity Fair since 1993.

Be the first to review White Hot Silence.