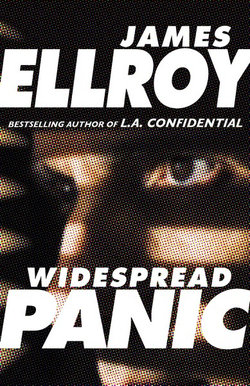 A return to the sleazy underbelly of Ellroy's 1950's Los Angeles

From The Modern Master of Noir comes a novel about the malevolent monarch of the 1950s Hollywood underground - a tale of pervasive paranoia teeming with communist conspiracies, FBI finks, celebrity smut films and strange bedfellows.

Freddy Otash is the man in the know and the man to know in '50s L.A. He operates with two simple rules - he'll do anything but commit murder and he'll never work with the commies. Freddy is an ex-L.A. cop on the skids. He snuffed a cop killer in cold blood - and it got to him bad. So Chief William H. Parker canned him. Now he's a sleazoid private eye, a shakedown artist, a pimp - and, most notably, the head strongarm goon for Confidential magazine.Confidential presaged the idiot internet - and delivered the dirt, the dish, the insidious ink and the scurrilous skank on the feckless foibles of misanthropic movie stars, sex-soiled socialites and potzo politicians. Freaky Freddy outs them all!

In Widespread Panic, we traverse the depths of '50s L.A. and dig on the inner workings of Confidential. You'll go to Burt Lancaster's lushly appointed torture den ... You'll groove overhyped legend James Dean as Freddy's chief stooge ... You'll be there for Freddy's ring-a-ding rendezvous with Liz Taylor ... You'll be front and centre as Freddy anoints himself the 'Tattle Tyrant Who Held Hollywood Hostage'.

James Ellroy was born in Los Angeles in 1948. He is the author of the acclaimed 'LA Quartet': The Black Dahlia, The Big Nowhere, LA Confidential and White Jazz. His novel Blood's a Rover completes the magisterial 'Underworld USA Trilogy'– the first two volumes of which (American Tabloid and The Cold Six Thousand) were both Sunday Times bestsellers. His most recent novel, Perfidia, is the first instalment in Ellroy's second 'L.A. Quartet'.

Be the first to review Widespread Panic.