by Wolfgang Tillmans, Midori Matsuri,  Peter Halley and others

Wolfgang Tillmans' (b.1968) first book, published in 1995 when the artist was just 24 years old, sold 40,000 copies and is a cult manual of young style and photography. Tillmans is a rare example of a photographer who has expanded his audience into the art world. This is the first book to draw together all the different episodes from Tillmans' high-profile, exciting career. Tillmans became known in the early 1990s for his photographs of young people in their social environments: clubs, Gay Pride parades, house parties. His style is enigmatic, sexy and highly innovative, inventing new icons of beauty and style for millions of young readers internationally. Images such as Lutz and Alex Sitting in the Trees (1992) - a couple perched in a tree, naked save for their incongruous raincoats - are emblems of his generation. His subjects are self-stylized and do not conform to standard notions of attractiveness and chic, yet their personalities and youth make them irresistibly seductive. Tillmans' style is often imitated, yet he remains the master of the photographic style he created.
Alongside portraits, Tillmans has expanded his subject matter to include architecture, landscape and still life, and has produced installations reminscent of the collage techniques of the 1960s Conceptual artists. From lifestyle magazine spreads Tillmans has moved to room-sized installations: for example, his series of distant views of Concorde flying overhead (Concorde, 1997) as well as a series of found photographs of soldiers from newspapers (Soldiers - The Nineties, 1999). In such installations of unframed photos stuck to the wall with tape, he references his own non-art origins and his continuing goal of breaking down the old-fashioned divisions between art, fashion and photography. In his Survey critic Jan Verwoert examines Tillmans' key pursuit across his career: to find contemoprary art icons by 'testing' photographic images. Artist and theorist Peter Halley discusses with the artist his rapidly changed role, from Wunderkinder superstar of the mid 1990s to internationally respected and emulated, Turner prize-winning master of the 'new photography'.
Critic and curator Midori Matsui analyses a single project, Concorde (1997), an installation and artists' book which records the daily passing of this epoch-making aeroplane. The artist has selected an extract from a nineteenth-century Quaker text by Caroline Stephen on divine inspiration, which reflects the artist's own interest in simplicity and truth. The Artist's Writings include excerpts from a key interview with Neville Wakefield (1995) and spreads from his artist's books.

Wolfgang Tillmans (Remscheid, Germany, 1968) is an artist and a photographer based in Berlin.

The intimate nature of his work is reflected in his writings, which include excerpts from early and most recent interviews and a personal discussion of his video piece, Lights/Body (2002), as well as examples of his many influential artist’s books.

Peter Halley is a New York artist. Exhibiting since the 1980s, Halley has presented surveys of his work at the CAPC Musée d’art Contemporain, Bordeaux (1991), The Museum of Modern Art, New York (1997), the Folkwang Museum, Essen, Germany (1998), and the Louisiana Art and Science Museum (2005).

Be the first to review Wolfgang Tillmans. 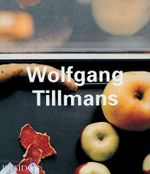 by Wolfgang Tillmans, Midori Matsuri,  Peter Halley and others