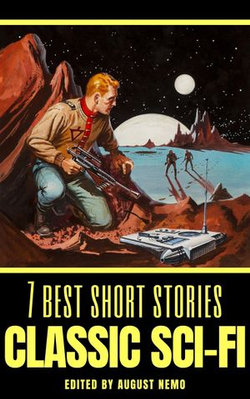 Science fiction, whose roots go back to ancient times, is related to fantasy, horror, and superhero fiction, and includes many subgenres. Science fiction have become popular and influential over much of the world. Besides providing entertainment, it can also criticize present-day society, and is often said to generate a "sense of wonder". Enjoy these seven classic science fiction short stories selected by the critic August Nemo: A Thousand Deaths by Jack London A Martian Odyssey by Stanley G. Weinbaum Parasite Planet by Stanley G. Weinbaum The Jameson Satellite, by Neil Ronald Jones The Sandman by E. T. A. Hoffmann To Whom This May Come by Edward Bellamy Rappacini's Daughter by Nathaniel Hawthorne

Nathaniel Hawthorne was born in Salem, Massachusetts, where he wrote the bulk of his masterful tales of American colonial history.

His career as a novelist began with The Scarlet Letter (1850) and also includes The house of the Seven Gables, The Blithedale Romance, and The Marble Faun.

Be the first to review 7 best short stories: Classic Sci-Fi. 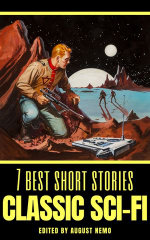 Science fiction Short stories
Hold on while we process your request.